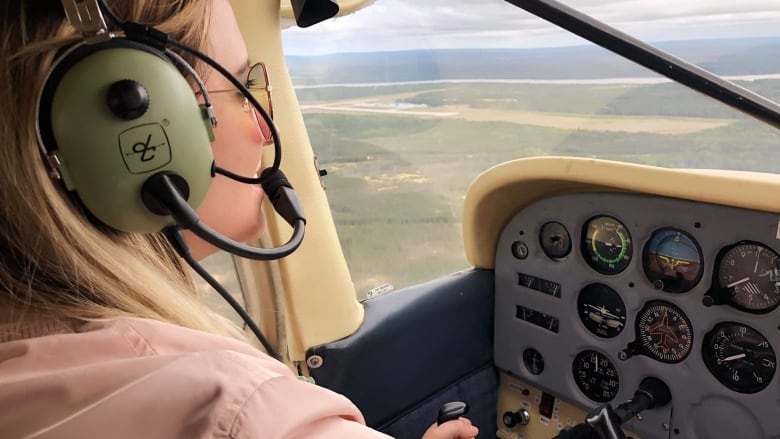 With a nationwide pilot shortage looming, a small N.W.T. airline is launching a commercial pilot school in the North.

In May, Northwestern Air Lease, based in Fort Smith, N.W.T., started a pilot training school called the Terry Harrold School of Aviation, named after the company’s owner. Its goal is to train northerners and others to fly with one of the many aviation companies in the North struggling to retain pilots.

Jim Heidema, Northwestern’s chief operating officer, said northern airlines share a common experience when it comes to young men and women who come North to gain experience in the industry and work their way up to a pilot’s seat.

“You know, they start on the ramp or they start in operations and then they end up in the right seat [as co-pilot]. Then, if they stay long enough, they get in the left seat as a captain. Then they bail. They go to the big airline. That revolving door is horrendously expensive because for us to groom a pilot to be able to fly our aircraft and to move up within the organization is time and money and resources.”

The school received Transport Canada approval in the spring but beginning in January, it’s launching a two-year all-inclusive aviation management diploma program. Students will live and study in Fort Smith and after the two-years, they’ll walk away with their commercial pilots license and most likely a job.

“We’ve talked to Air Tindi, Canadian North and all the rest. They’re all really keen on looking at the graduates from the program. If they’ve got their commercial license, the door will be open with us and everybody else, without doubt,” Heidema says.

The school already has five students registered for the aviation management course including one from Inuvik and another from Norman Wells. Heidema says he’s hoping to get five more students before the course starts in January.

“We’ve reached out to all of the bands [Indigenous communities],” Heidema said. “The bands are wild about it. They think it’s a wonderful opportunity. We want more women in the program. We want Indigenous kids in the program … [It’s] really important to us.”

The course recently received approval from the territory’s student financial assistance program. Heidema says the program will cover some, but not all of the approximately $75,000 program.